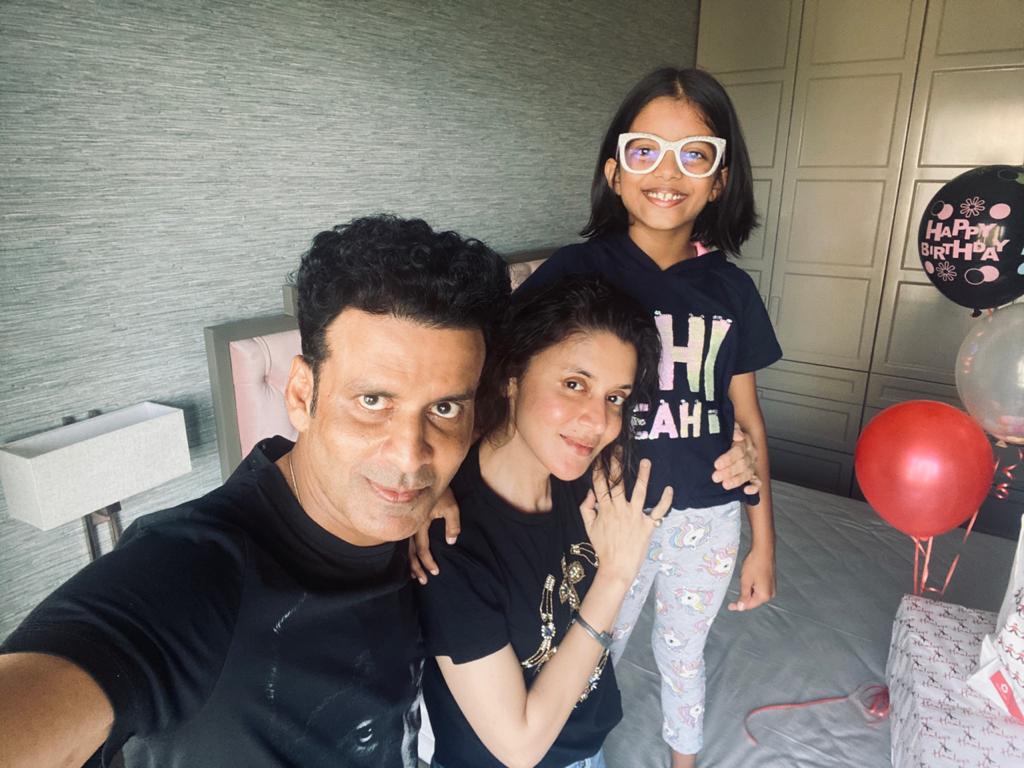 Three Times National awards and honoured with India’s fourth-highest civilian honor Padma Shri winning actor Manoj Bajpayee is all set to celebrate his birthday tomorrow with his family in Mumbai.

This year 2022 has been a very hectic one for national awards actor Manoj Bajpayee, shooting back to back for his new projects such as Ram Reddy’s until film, Kanu Bhel’s Despatch, Abhishek Chaubey’s film and Rahul Chitela film. Manoj Bajpayee has been quite busy in outdoor shoots for the past few months and travelling from one place to another to complete his films commitments. So before travelling for his next shoot with Davanshish Makhija film Joram, Manoj wanted to spend some quality time with his family, the perfect way to mark the actor turning a year older on April 23 to celebrate his birthday with the most special persons in his life, his wife and daughter Ava.
Magnificent film star Manoj Bajpayee is widely regarded as one of the most marvelously talented actors working today and this is backed up with many memorable moments across his magical career. The actor has made a name for himself throughout the country

Manoj Bajpayee has entertained his audiences with his many impressive and nuanced performances. The finest actor has carved a space for himself in the industry and has made a distinct mark in the digital world too. His series The Family Man has been perhaps the most talked about show of 2021.

The Family Man is among those rare shows, whose second season became more popular than the first one, and catapulted Manoj Bajpayee’s fame to another level. Manoj Bajpayee is a powerhouse actor when it comes to Indian cinema. Even if you haven’t seen many of his movies, you will have heard of talented actor Manoj Bajpayee’s name because of his brilliant performances in his films.