Rejoicing 75 years of Independence, the special episode which will air on Sunday will welcome illustrious guests who have made India proud

After two hundred and thirty-two days, the nation’s most-loved ‘knowledge-based’ reality game show, Kaun Banega Crorepati is back on Sony Entertainment Television! In its 14th season, KBC will rejoice 75 years of Independence by celebrating the passion and pride of India. The special episode which will air on Sunday, 7th August at 9:00 PM will celebrate, ‘Azadi ke Garv ka Mahaparv,’ in the presence of very illustrious guests who have made India proud.

Bringing alive the pride and spirit of India, the special episode will commence with a musical performance where the famous Live 100 band will be seen echoing the sentiment of India with their soulful voice.

The game will see Aamir Khan joining Major D.P. Singh and Col Mitali Madhumita (Sena Medal Gallantry) on the hotseat. Patriotic in all its glory, both the respected personalities will be seen receiving a standing ovation as they talk about their respective journeys and how proud they are to be Indians. Viewers will also see MC Mary Kom (Padma Vibhushan) talk about how her spirit to fight for her dreams came from her family and especially her husband and Sunil Chhetri (Padma Shri) will be showing Big B some of his iconic football moves which would amaze everyone on set! 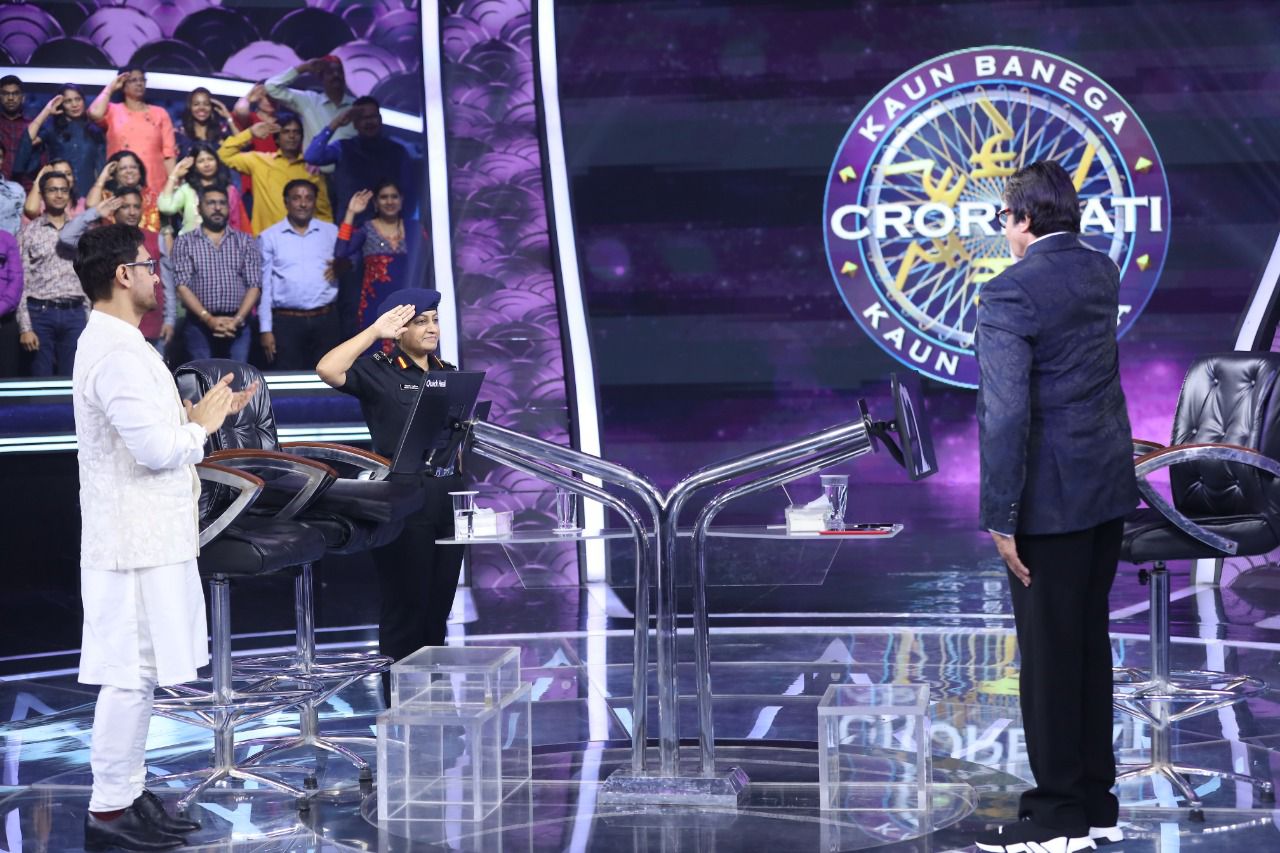 Be sure to tune in to Kaun Banega Crorepati – Season 14’s ‘Azadi ke Garv ka Mahaparv’ on 7th August at 9:00 PM only on Sony Entertainment Television