With new restrictions in place every week, finding ways to spend time productively gets harder. Here are some brilliant shows to make good use of your time and ensure something you learn and stick with you for the rest of your life. 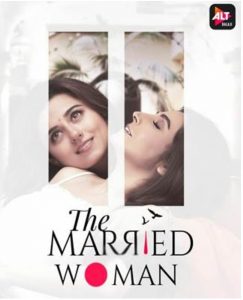 ALTBalaji’s urban relationship drama, The Married Woman has to be one of the best shows created for an Indian OTT platform. Ridhi Dogra and Monica Dogra starrer is a story celebrating love and womanhood. It celebrates an individual and reminds that world that there is a vast universe within each of us waiting to be discovered. Astha is a woman shackled by society’s customs and traditions. Peeplika is a force of nature, put in Astha’s path by fate to free her of these metaphorical chains. Their unparalleled love has the audience hooked from start to finish. The cast includes Ridhi Dogra, Monica Dogra, Imaad Shah, and Suhaas Ahuja, among others. 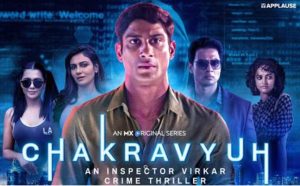 A college student starts to die in highly suspicious circumstances, pointing towards murders causing inspector Virkar to take the lead on the cases. He discovers a youth-centered gang using technology and the dark-web to be a part of a sex scandal and sex trafficking racket. There are also drugs and other things involved. This recently releases Urban Crime Drama has in lead roles: Prateek Babbar, Simran Kaur Mundi, Ruhi Singh, Ashish Vidyarthi, Shiv Panditt, Gopal Datt, Asif Basra. 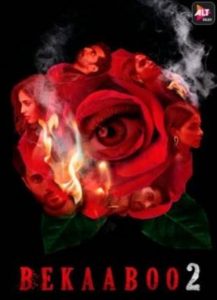 The ALTBalaji psycho-thriller, Bekaaboo 2, is a revenge saga unlike any other. The second season picks up after Anaysha’s book’s overnight success. Pride, jealousy, and insecurity creep in, causing her to indulge in unethical means to stay at the top. Greed and ambition also caused her to destroy her ex-boyfriend’s life and career, unleashing the full force of his wrath, which puts her in harm’s way very often. The show’s cast includes Subha Rajput, Taher Shabbir, Priya Banerjee, Taha Shah Badussha, Poulomi Das, Tusharr Khanna, Smaran Sahu, and various other well-known faces. 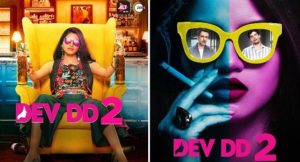 Dev DD 2 follows the ‘patakha’ and badass Devika Dharam Dwivedi as she goes about her everyday life doing what she does best, being herself, and destroying stereotypes and conditioning. She speaks her mind and does what her heart desires, fights for what she believes in, and loves fiercely. After all, we only have one life. Her epic love stories, monologues, and the one-liners in the show are to die for. The show’s star cast includes Asheema Vardaan, Sanjay Suri, Aman Uppal, Nauheed Cyrusi, Rashmi Agdekar, Rumana Molla, and various other extremely talented actors. 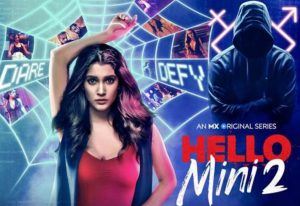 Hello Mini 2 explores having a stalker and questions whether it is a good or a bad thing. If nothing else, this show is sure to give you the creeps. A faceless stranger has been haunting Mini. She has to follow the stranger’s demands and play games via the dark web else, he will probably end her. Will Mini survive the evil stranger?? The show stars Anuja Joshi, Mrinal Dutt, Gaurav Chopra, Darshana Banik, and various others.

This is the show to go to the end of a long tiring day for endless bouts of laughter. The central character, Ronny leads a double life. On the outside, he is the nephew of a legislative assembly member Vidhayak, while at home to his family, he is jobless, irresponsible, and a liability. The show is a journey of Ronny getting stuck in hilarious situations because of a lie. The brilliant cast includes Zakir Khan, Venus Singh, Pritha Bakshi, Alka Amin, and various others.