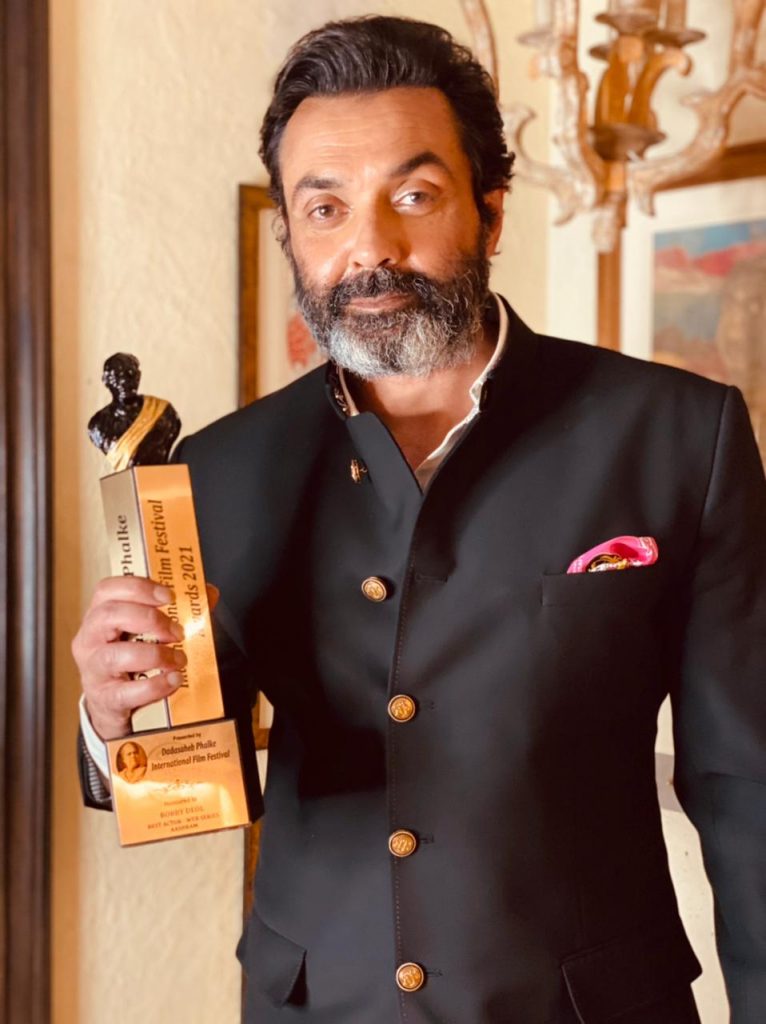 Marking national-award winning filmmaker Prakash Jha’s foray into the world of web series’ – MX Original Series Aashram staring Bobby Deol, saw huge success for both Part 1 and Chapter 2: The Dark Side. After receiving a great response from the viewers, Aashram has now been critically acclaimed and has gone on to win two iconic awards this season, bagging the Landmark OTT Show at the 20th Indian Television Academy Awards 2021 and Bobby Deol won the Best Actor – Web Series awards at the Dadasaheb Phalke International Film Festival 2021.

Commenting on the wins, Prakash Jha said, “On behalf of my team of actors and technicians, I would like to thank the ITA 2021 for recognizing Aashram as a landmark series and I feel happy for Bobby for having won the Best Actor award at DPIFF. The show mirrors the blind faith that innocent people unwittingly succumb to and the story, powered by brilliant performances struck a chord with the audience.”

Speaking about his win for Best Actor – Web Series at the Dadasaheb Phalke International Film Festival Awards 2021, Bobby Deol said, “I am grateful to Prakash Jha that he saw me as Baba Nirala and gave me the opportunity to grow with it. Getting into the character of Baba Nirala has been a life changing experience and being recognised for it is the most amazing feeling in the world. I had faith that it will be big, and MX Player gave a much-needed platform that it deserved”.

Gautam Talwar, Chief Content Officer, MX Player concluded saying, “As a platform, we believe in curating stories across varied genres that connect with the vast and diverse audiences of the country. With Aashram, we are proud to have introduced our viewers to premium entertainment at such scale, that has set a new benchmark of viewership in the OTT ecosystem and wins like this further fuel us to continue bringing compelling stories to the digital screen”.