Starting 23rd August, Zee TV introduces an intense love story Rishton ka Manjha of Diya and Arjun, who despite being players of the same sport, are at the opposite ends of the spectrum when it comes to their approach towards life, hope and positivity. The lead protagonist Diya is someone, who irrespective of the curveballs life throws her way, stays afloat saying “Kuch toh tod nikaal hi lenge.” On the other hand, Arjun is a former Badminton champ who has given up on life after a scandal jeopardizes his career! How Diya shines the light of optimism and reinforces Arjun’s belief in her philosophy – “If all isn’t well, it isn’t the end” forms the crux of the show. 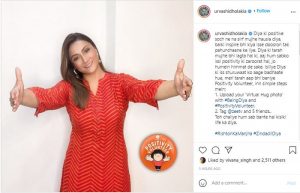 Given the current scenario of isolation due to the pandemic, many of us have experienced uncertainty, withdrawal and gloom. Some of us have had severe setbacks in terms of career while others have lost their near and dear ones. At times like these, we need someone like a Diya in our lives who can uplift us with their optimistic personality, never-say-die approach and a “kuch toh tod nikaal hi lenge” approach like Diya’s. So, to spread positivity and cheer by volunteering to be a diya in someone’s life, Zee TV launched a social media campaign called #BeingDiya 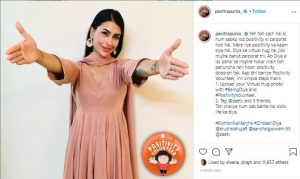 Aanchal Goswami, the actor who plays Diya, in a plea video shared on Zee TV’s Instagram account, urged people to come forth and ‘be a diya’ for those in need of positivity and started a chain of hugs on social media. Her post requested people to sign up as ‘Positivity Volunteers’ via a sticker and netizens were requested to tag at least 5 of their contacts, while posting their own selfie with arms stretched wide open, connoting a virtual hug. While Diya kick-started the initiative, it wasn’t too long before some of the similar thinking actors of the television industry like Urvashi Dholakia, Kratika Sengar and Pavitra Punia jumped in and supported her in this quest. In their own individual ways, each of them have sparked a spirit of positivity amongst their set of followers and the chain of virtual hugs and the #BeingDiya movement only gathered momentum. 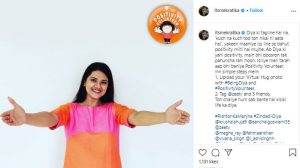 Taking the initiative on ground, the quest for positivity volunteers reached Ahmedabad and Delhi where a camera-embedded screens were installed at the Himalaya mall and the Vegas mall, Dwarka respectively. These two-way screens enabled people walking into the malls to see people in the other city and give them a virtual hug. Anyone participating in the activation would pledge to be a diya for those in need and stand to be featured on a wall of positivity as a positivity volunteer. The on-ground initiative saw an overwhelming response where thousands of people became positivity volunteers at the mall activation that took place over three days in Ahmedabad and Delhi. The #BeingDiya campaign was very effective in its mission of spreading positivity.