Bollywood actress and fashion icon Nikita Rawal is celebrating her birthday today (July 17). The actress, who has been a part of several films and television shows, enjoys a huge fan following on social media. Nikita is presently busy promoting her upcoming song Shy Shy Dil. The birthday girl is all set for the release of Shy Shy Dil, which is slated to release at the end of July 2022. 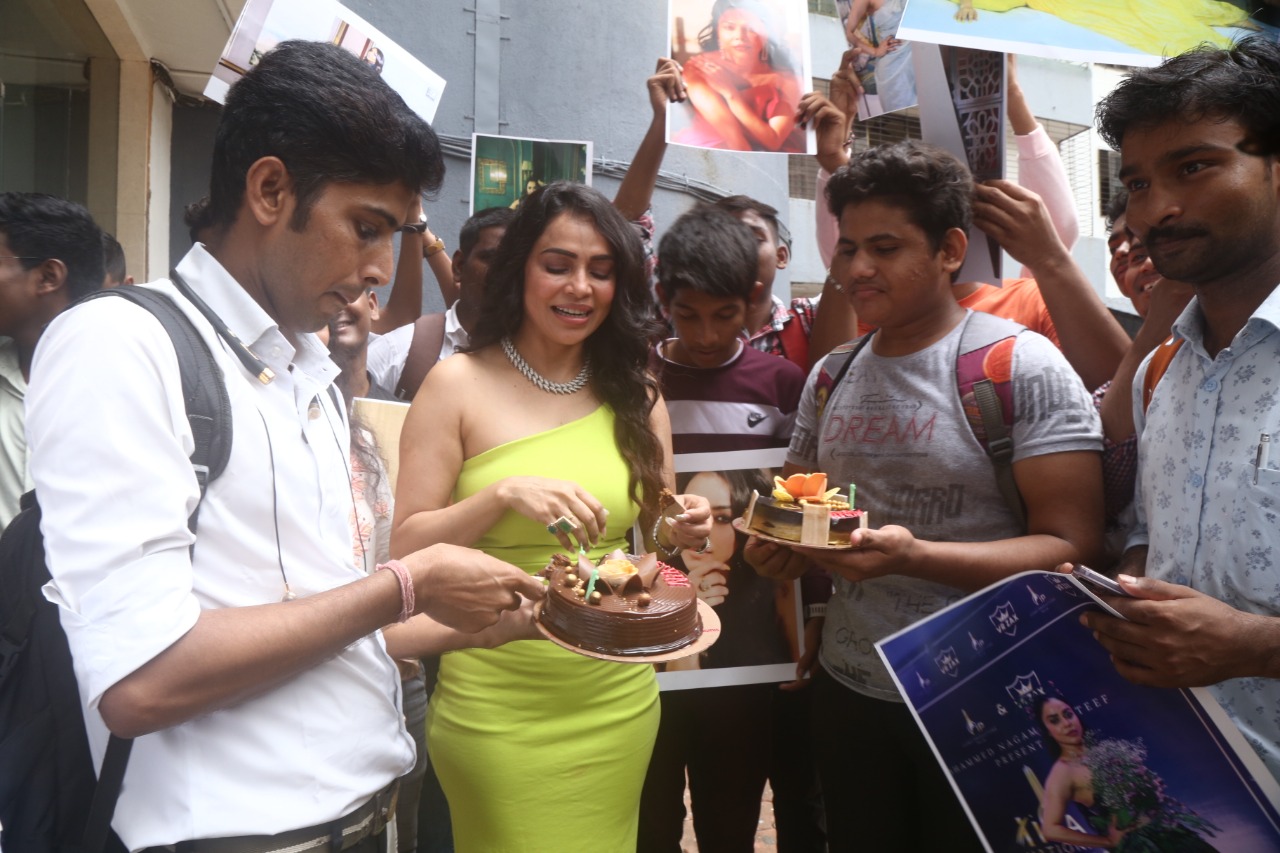 To wish their favourite actress, Nikita Rawal’s fans gathered today outside her house in Mumbai and surprised the beautiful diva. Nikita later goes down and cuts a birthday cake and thanks everyone. Nikita’s mother Sonali Rawal & sister Aastha Rawal also joins them and feeds the actor a piece of cake as they pose for the camera.