K-pop stage-breakers SEVENTEEN shared a sneak peek at their first English language single “Darl+ing” with a set of concept photos and a trailer for the single.

In the first set of concept photos released at midnight on April 9 (KST), JOSHUA, JUN, THE 8, MINGYU, VERNON and DINO cast an affectionate gaze against vibrant backdrops of warm, soft-hued colors. Revealed a day earlier, a trailer for the single featured a sunlit wall that appears to be filled with messages of love and photos of memories with a loved one, accompanied by a heartwarming instrumental track. Additional concept photos are expected to follow in the days leading up to the release at 9:30 AM on April 15 (IST).

Arriving ahead of their full-length album to debut in May, the 13-member act’s first English-language single will serve as a prelude to SEVENTEEN’s heartfelt stories for their fans—CARATs—around the world. The title poster unveiled earlier disclosed the title of the upcoming single to be “Darl+ing,” stylized with the addition of a plus sign to the affectionate term used to address a beloved. 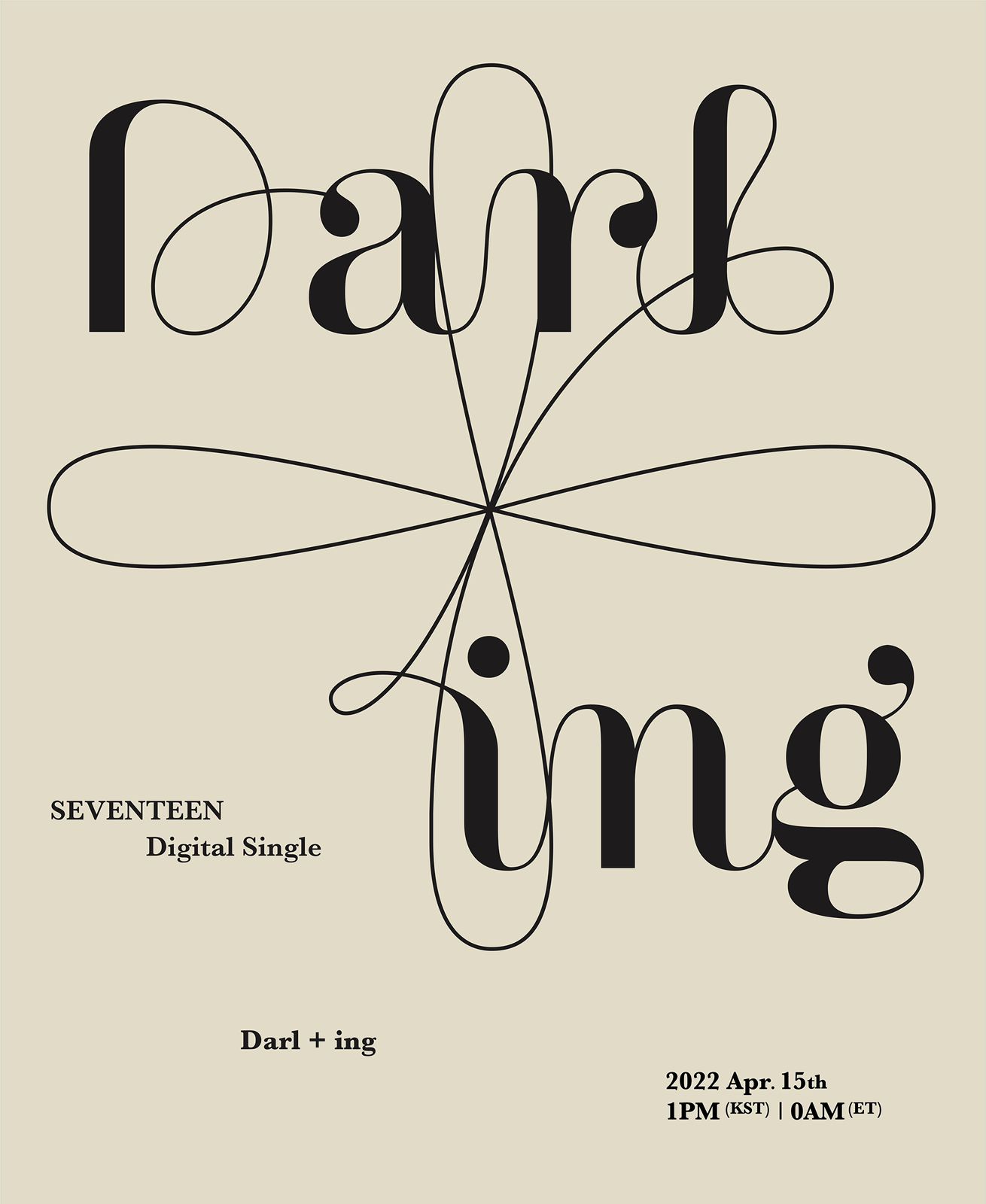 As global fans count down the days to the release, the K-pop creatives also recently announced a collaborative project with Apple. In celebration of the new single release and Apple’s new store opening in Korea, SEVENTEEN and Apple will debut the first-ever K-pop Today at Apple Remix session which spotlights “Darl+ing.” Remix session attendees will discover more about the band’s creative process and be guided to create a one-of-a-kind remix of the new track using GarageBand and Apple’s devices. The session is set to launch initially in Korea and then in Apple stores across Asia.