(Los Angeles, CA) – Today, global superstar Doja Cat releases highly anticipated new album Planet Her via Kemosabe/RCA Records. Listen HERE. Critics are already raving about Planet Her, with Vulture saying “Like a runway show where every look clicks, Planet Her makes a case for Doja as our new ice-cool pop-queen supreme” and Stereogum simply stating “The new album slaps, everybody.”

Alongside the album release comes the highly anticipated video for “You Right” – Doja Cat & The Weeknd. The video was shot earlier this month and was directed by Quentin Deronzier. Check it out HERE.
Earlier this month Doja Cat dropped the showstopping futuristic video for her track “Need To Know”.
The lead single off Planet Her, “Kiss Me More” ft. SZA, continues to dominate the charts –it was just certified Platinum by the RIAA, hit #1 at Rhythm radio and it currently sits at #4 on the Billboard Hot 100 and has over 678 million streams worldwide. 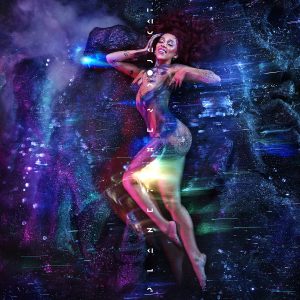 Last month Doja Cat along with SZA teamed up for the first performance of “Kiss Me More” on the Billboard Music Awards. Additionally that night Doja Cat took home the BBMA for Top R&B Female Artist. Doja Cat also performed on the iHeart Radio Music Awards where she won the award for Best New Pop Artist.