With over 280Mn Monthly Active Users, MX Player has emerged as a force to reckon with in the entertainment industry. Offering viewers content in multiple Indian languages and across varied genres like dramas, thrillers, romance and comedy – the streaming giant has announced an adaptation of The Vijay Mallya Story as its next MX Original Series, in association with Almighty Motion Picture that has acquired the rights of this book, published by Penguin India and written by well-known author K Giri Prakash. The web series will trace the journey of the flamboyant entrepreneur Vijay Mallya and is touted to cover a large spectrum of his triumphs and travails. Other titles include:

Bhaukaal 2
Returning for its second season amidst heightened expectations – this edition of the cutting edge crime drama will see IPS Officer Naveen Sikhera (played by Mohit Raina) and his men face the unchecked havoc of a new power hungry adversary in Muzaffarnagar.
All episodes drop on 20th January, exclusively on MX Player. 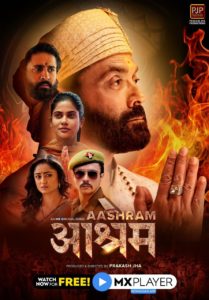 Aashram
Having brought alive the blind faith that devotees shower upon conmen disguised in the garb of Godmen, MX Original Series Aashram returns for yet another thrilling season as a power packed revenge drama where Pammi takes on the Herculean task of going against Kashipurwaale Baba Nirala. With Prakash Jha returning as the captain of this ship –

Kaand 2
After crossing over 100Mn views and counting within a month of its launch – the con thriller that took the nation by storm returns for a second season. Directed by Ajay Bhuyan, the series will Ravii Dubey, Madhur Mittal, Zoya Afroz, Piyush Mishra and Ravi Kishan entertain the viewers again.

Dharavi Bank​
This upcoming big ticket offering is being directed by Samit Kakkad and will star Vivek Oberoi, Suniel Shetty and Sonali Kulkarni in key roles.