The 8th edition of Matrix Fight Night, which is sanctioned by the All India Mixed Martial Arts Association (AIMMAA), India’s Largest and Oldest Governing body for Mixed Martial Arts in India, and the Global Authority for Mixed Martial Arts Federations (GAMMAF), at Siri Fort Sports Complex, Badminton Courts, turned out to be a night of thrilling affair of top-level mixed-martial fights. The dynamic Delhi crowd added charm to a memorable show as they cheered for their favourites at the top of their voice till the end. 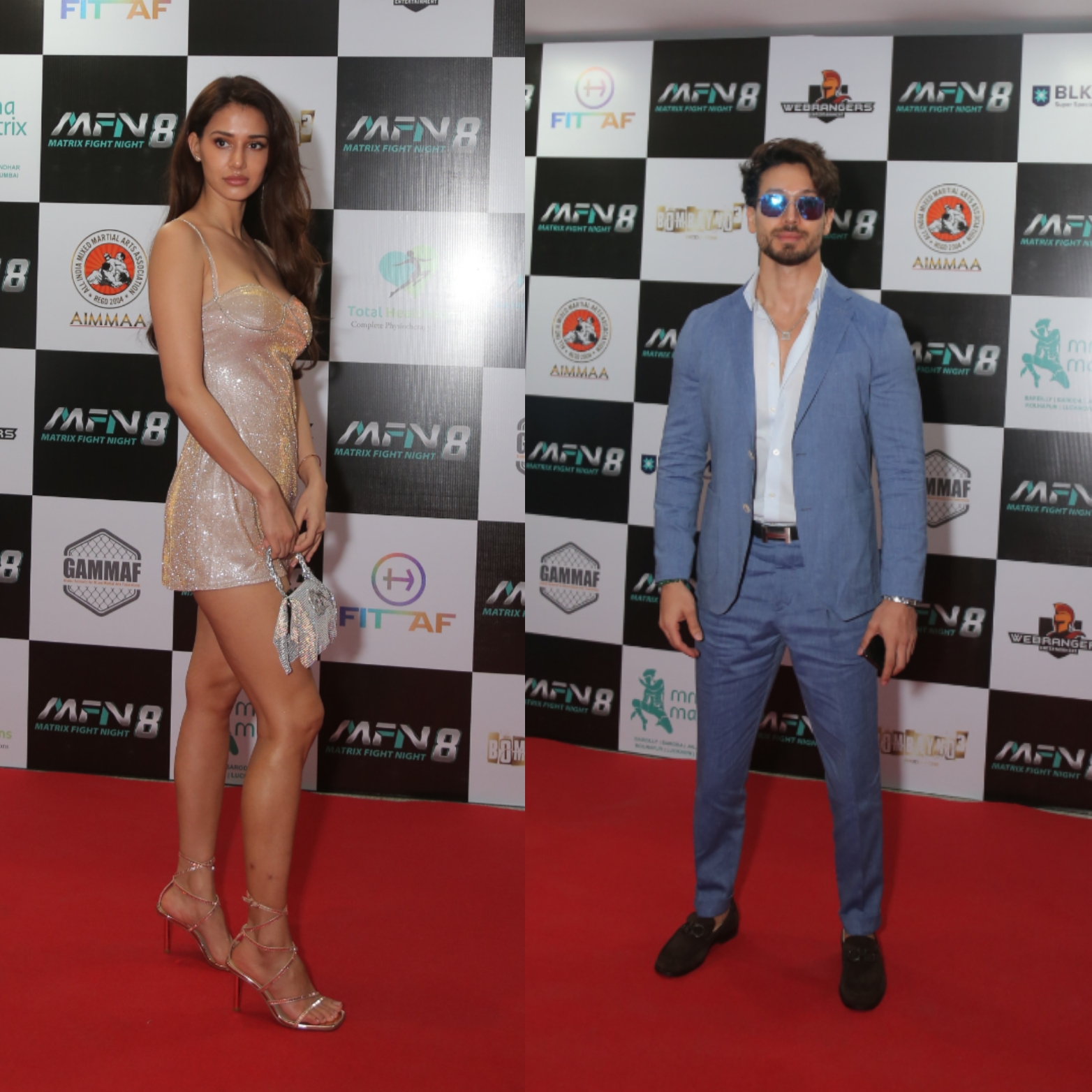 To add to the glamour of the event, Bollywood Legend Jackie Shroff, promoter Ayesha Shroff, actor/promoter Tiger Shroff, fashion icon/promoter Krishna Shroff and Bollywood actress Disha Patani graced the venue to attend MFN 8 and watched the wholesome action sitting by the cageside along with hundreds of fans.

In the Main Event of MFN 8, ‘Afghan Lion’ Abdul Azim Badakhshi faced off against Brazil’s Fabricio Oliveira in the Featherweight category. In the first round, the two fighters grappled for the first two minutes but Fabricio broke the lock with a left-right combo. The two fighters treaded cautiously for the remainder of the round. 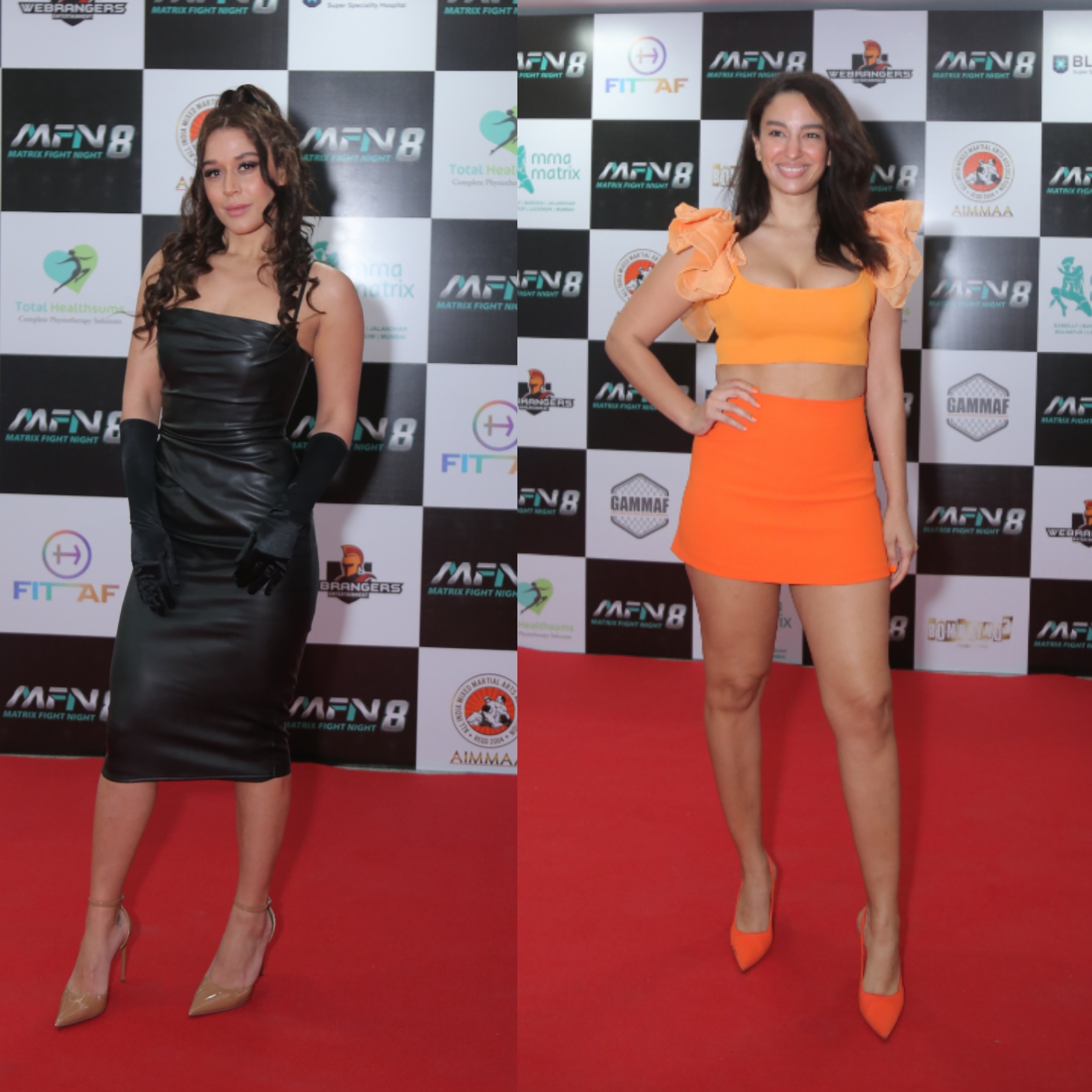 The two fighters started on a defensive mode in the final round before Badakhshi’s roundhouse kick unsettled the Brazilian MMA fighter. An exhausted Fabricio tried to maintain his composure but relentless Badakhshi continued to connect with left-and-right punch combinations and then rained down head punches while keeping him in a bodyhold before the referee blew his final whistle. Abdul Azim Badakhshi was declared the winner by unanimous decision. 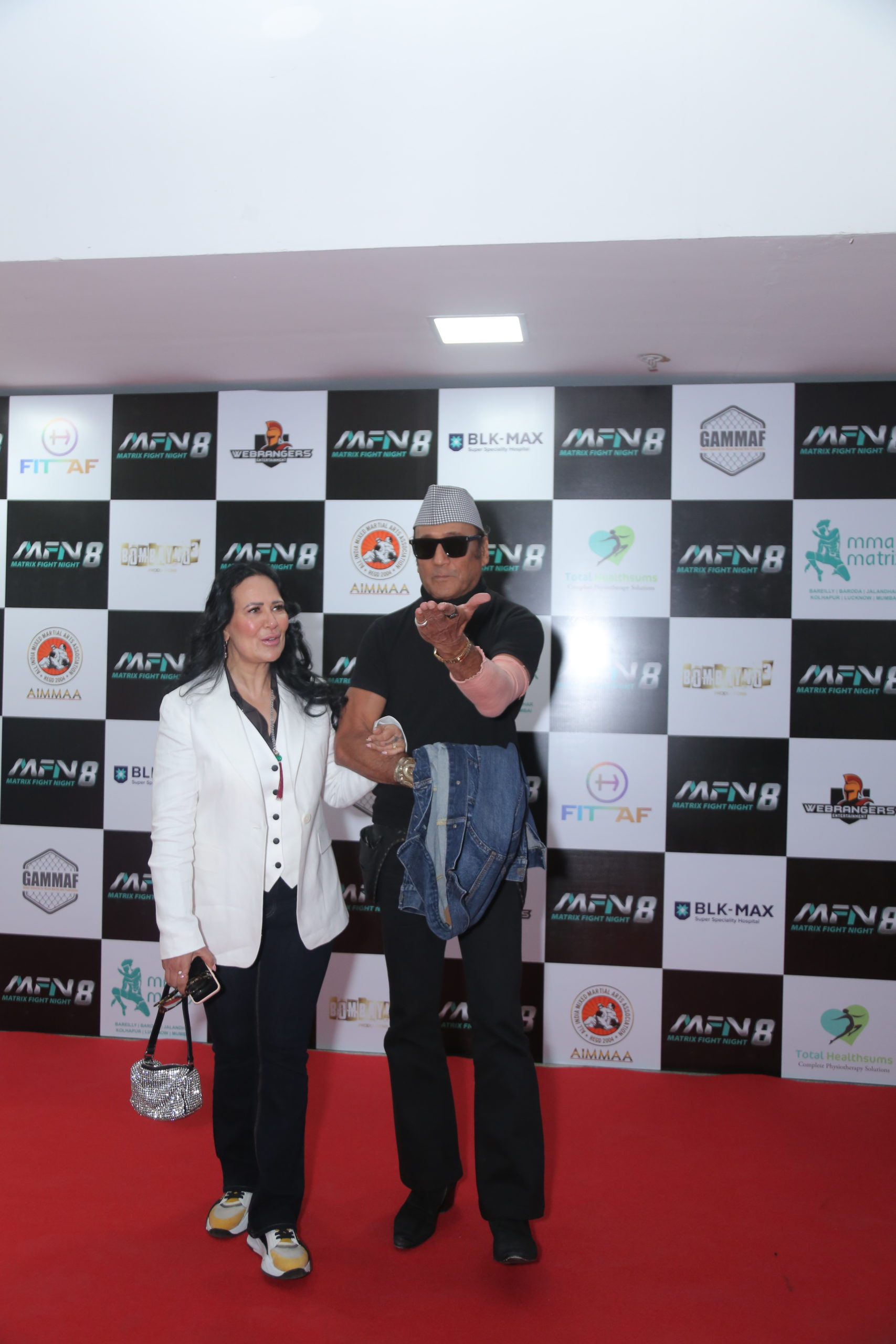 “I wish to thank my family, and MFN. I want to thank all the fans. I have come from Afghanistan. While my country is in critical condition, I wish to spread the fighting spirit of Afghanistan. I will continue to fight and keep making my nation proud. I also want to thank the Indian fans for showing their support to me,” Badakhshi said after his big win.

In the co-main event, Sanjeet Budhwar faced off against Dhruv ‘Psycho’ Chaudhary in the Featherweight bout. The two fighters grappled with each other early in the first round. With both on the ground, Dhruv tried to lock his opponent in a chokehold, but Sanjeet got out and reversed the lock on his opponent and ended the first round with head punches on Dhruv.

In the second round, Dhruv started cautiously, staying back and playing on the defence. But Sanjeet caught his opponent with a series of punches and took him down with a series of blows on the head. The referee stopped the bout, giving Sanjeet a TKO win.

The first fight of the Main Card saw Bihar’s Shyamanand against Rajasthan’s Krishna Heer in the Featherweight division. The fight started with Shyamanand going for a body lock on his opponent. Krishna went in for a punch combination to keep his distance from Shyamanand. But the Bihar fighter went in for a takedown and launched into a series of face blows, leaving no option for the referee but to stop the bout, giving Shyamanand a TKO win in just 4 minutes and 30 seconds of the first round.

The second fight of the Main Card saw Maharashtra’s Chaitanya Gavali taking on Dehrdadun’s Angad Bisht in the Bantamweight category bout. The match started with Angad taking down his opponent, but Chaitanya quickly got back up and landed a series of left-right hand combinations. In the second round, Angad Bisht dominated completely as he locked his opponent in a chokehold and Chaitanya immediately tapped out, giving the Uttarakhand fighter a submission win.

The third fight of the Main Card saw Afghanistan’s Zahoor Shah knock out Odisha’s Srikant Sekhar in a matter of seconds to pick up a stunning TKO win in the Lightweight division, much to the delight of Afghan fans in the stands. After his win, Zahoor said, “I won this fight for my country. I thank the fans for their support. This is just the beginning. I will continue to bring more plaudits and achievements to my country.”

Speaking of the show, Director of Operations, Alan Fenandes said, “It was one of the best shows that we put together. It is good to see most fights going full three rounds showcasing we have great talent at MFN. Thanks to Delhi Police for helping us organise this event. And thanks to the fans in Delhi for showing in large numbers and showing their support.”