Over the months, Sony Entertainment Television’s comedy show, India’s Laughter Champion which presented to the viewers a mixed range of stand-up acts from across the country and age groups has finally come to a befitting end. Along with good competition and unlimited laughter every weekend, the ‘Laughter Ka Grand Finale’ that was hosted on 27th August at 9:30 PM saw the Top 5 finalists – Nitesh Shetty from Mumbai, Jayvijay Sachan from Mumbai, Vighnesh Pande from Mumbai, Himanshu Bawandar from Ujjain, and Rajat Sood from Delhi perform one last time in from of the judges, Archana Puran Singh, and Shekhar Suman. Making the evening even more special were the cast of Liger – Vijay Deverakonda and Anaya Pandey and special guest Sunil Grover in the guise of Rinku Bhabhi.

As the country waited in anticipation to know who from amongst the Top 5 finalists will be declared the winner, Rajat Sood from Delhi was awarded the coveted trophy of ‘India’s Laughter Champion. 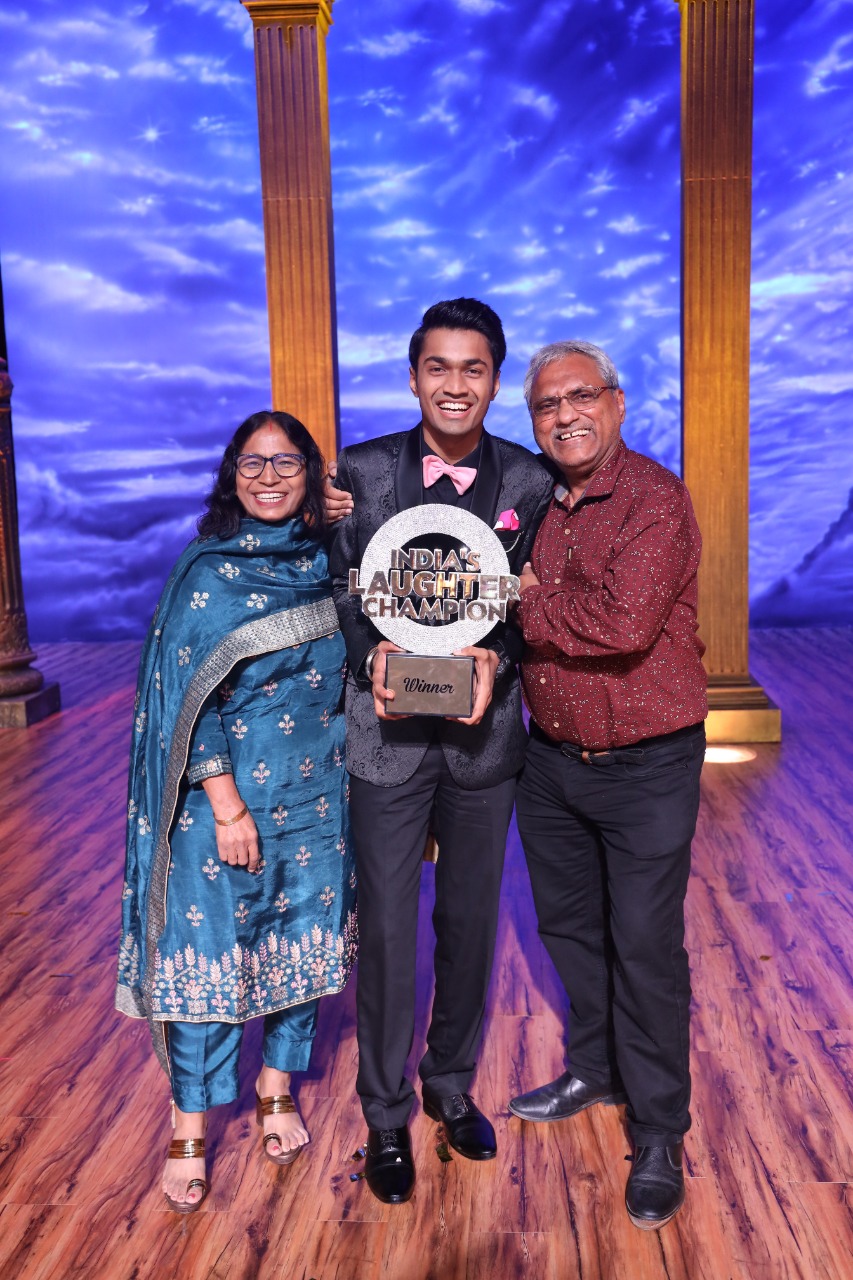 ‘Comedy’ is a word that is known universally but, with Rajat infusing ‘poetry’ in his comedy acts, he aptly earned the title of ‘Pomedy.’ The Delhi boy who time and again impressed the judges with his tales of love lost quickly formed an impression in the audience’s mind of being the quintessential “Dilliwala lover boy”. Charming as ever, Sood’s signature style which was reciting the first line of his Shayari to then leading into the gag and then completing the gag with the Shayari is what impressed everyone from the very beginning. This was one of the key elements that set him apart and the reason audience adored him. From Rajkummar Rao asking him for tips after the breakup to Taapsee Pannu being swept off her feet by Sood’s charming poetry and finally Vijay Deverakonda telling him how impressed he was with his wit and confidence, Rajat has had quite a fulfilling journey on the show and has truly been worthy of being declared the winner of this season of ‘India’s Laughter Champion’.

I was overwhelmed when the celebrations began, and my name was announced. For a few minutes, I had to absorb the fact that I had won. I had planned this moment in my head multiple times but, the reality left me awestruck. It was also a milestone moment as I was performing in front of my parents for the first time in life. They had only previously seen my content online and they would not really bring it up with me or discuss it with me. Their presence was a blessing. Some decisions that come instinctively to you are signals from the universe, which tell us that good things are about to happen. My father is very happy, I could see that pride in his eyes. I am now open to opportunities and shows that will come my way. Now I have to work even harder, and I have a fire inside me to do better. I will try to read more and equip myself to become a better artist.

Shekhar Suman, judge of ‘India’s Laughter Champion’
It was a well-deserved win! Rajat fought very hard, and it was a very tough competition. It normally does not get this tough as you have one deserving competitor or two at the most. However, all these contestants were so well versed and adept at what they were doing. I think Rajat had a very distinct flavour of his own and he comes across as a very endearing guy. He is a millennial, far too young, but he has the wisdom of a 40–50-year-old. He is extremely charming and spontaneous. So, when you watch him with his stage presence, with his spontaneity, his content, his timing, ease, confidence, all of that is a sure-fire recipe for a winner.

Archana Puran Singh, judge of ‘India’s Laughter Champion’
During the show, we came across a plethora of impressive comedians who showcased varied styles of comedy.  But it was Rajat Sood who captured our attention with every passing episode. From the very beginning, I knew there was something special about him that got us to notice him and when he started performing more and more, he started standing out even more. He has a “lover boy” image and with the way he uses the essence of poetry in his comedy, I thought he was the perfect candidate to win the show. I saw his journey closely, and I was so hopeful. His finale act was brilliant. The consistency of his performances, his pleasant appearance, his presence on stage, his haazir-jawaabi, his witty responses, and his very chocolate boy look — all go to make him a winner. It was the best choice.