Popular Bollywood actor Nikita Rawal has been raising the temperature on social media with her stunning, sexy and hot photos which have been breaking the Internet as well and going viral in no time.

Nikita Rawal who got fame through films like Garam Masala and Amma ki Boli. She is very active on social media and regularly posts pictures and videos of herself that make her fans and followers super happy.  The young actress has added more spice by posting a pic in which she is wearing a skimpy outfit made out of a newspaper. 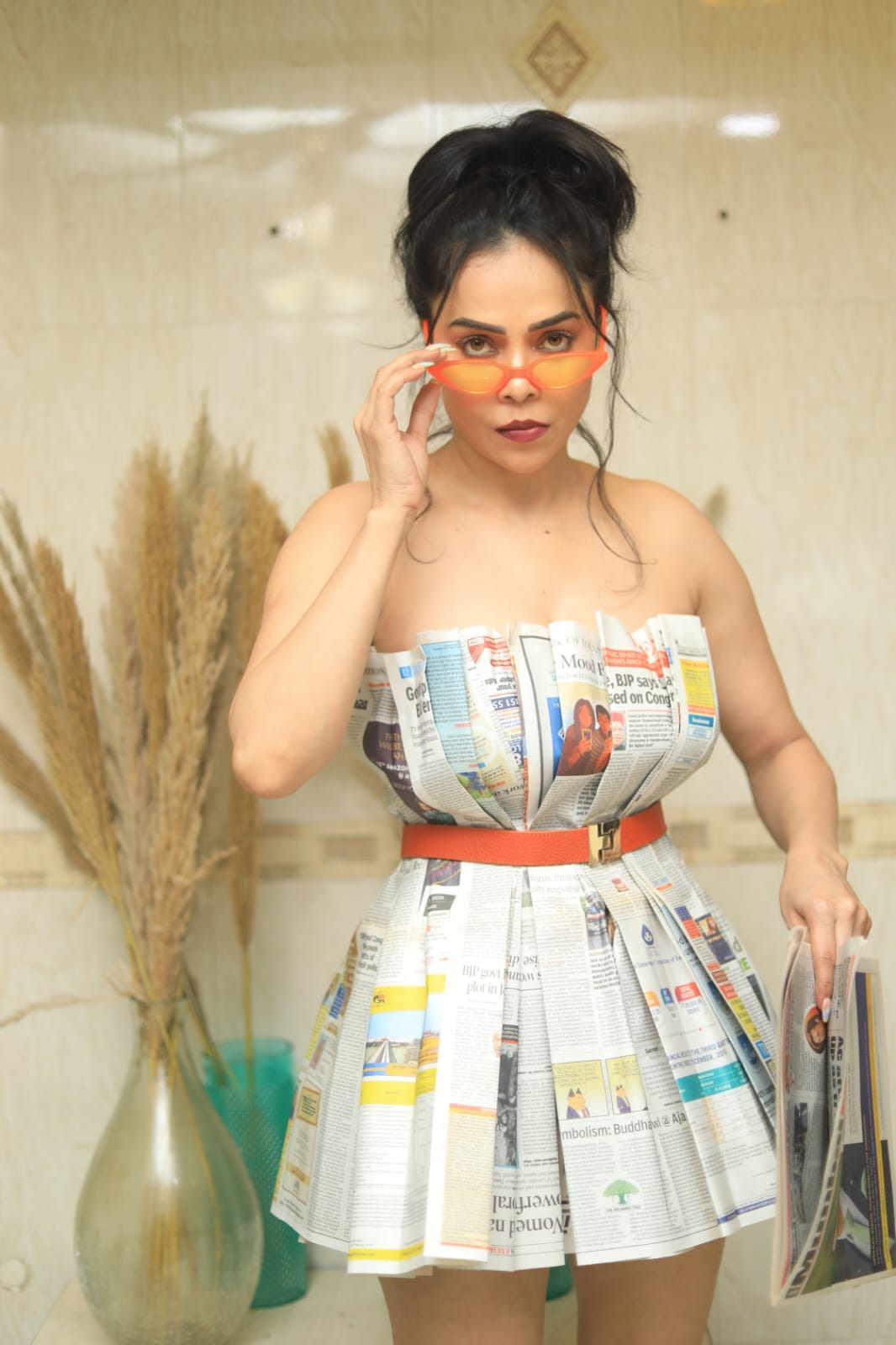 Nikita has captioned the pic “today’s news in the Newspaper”. There is an equal mix of praise and trolls for the young actress’s innovative dressing sense but going by the likes one can conclude that it is a hit with the masses. She is dressed in a fancy outfit made out of a newspaper that has been made by Nikita herself. She used the newspaper to make an off-shoulder crop top and sealed her waist with a belt and skirt with the same paper

Let us have a look at Nikita Rawal’s stunning, sizzling and breathtaking photos which will set your screens on fire!