Pooja Hegde mesmerised us with the portrayal of Prerana in Radhe Shyam and Preeti in Beast while also flooring us with her vintage and glamorous avatars in both the films. She is now set to impress upon her versatility in the role of a village belle, Neelambari in Acharya, that is slated to release on April 29, 2022. Dropping her glam avatar, Pooja is seen in an enchanting green lehenga saree with minimal to no makeup and her hair done with mogra flowers. 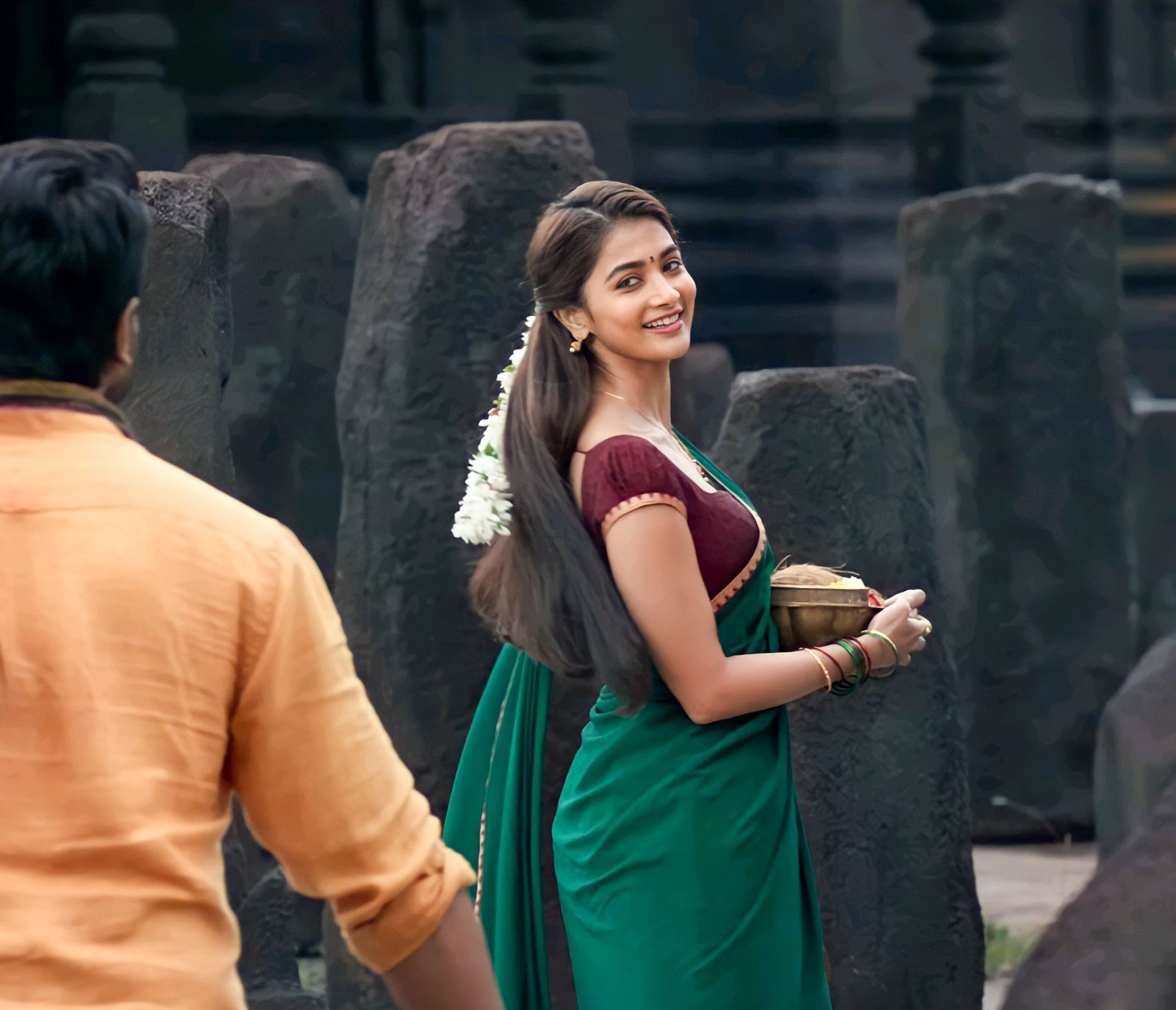 Ever since its trailer dropped fans are all the more excited about her part in the Koratala Siva directorial. While the Pan India star awaits the release of as many as four mega-budgeted films, fans are curious about what she brings to film and the kind of chemistry she sparks with her co-star Ram Charan in it. The trailer of her upcoming outing arrives after two of her biggest films Radhe Shyam and Beast released.

Moreover, the versatile powerhouse is one of the rare actresses to command fan following across languages. The story of Pooja’s Acharya is premised on what follows after evildoers bring blood and gore to a peaceful temple town. Its action-packed trailer hints that the movie is poised to be listed as another blockbuster in Pooja’s filmography.